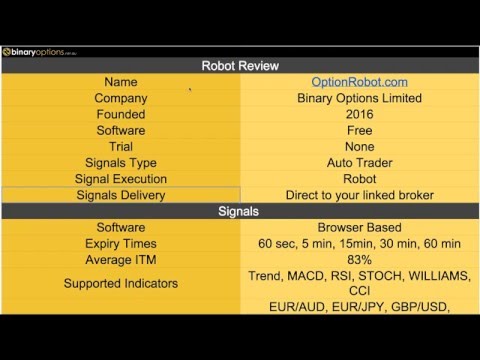 There was a time when I believed that shmups could only feature ships. Then games like Parodius came to challenge that belief. If an Octopus can be the player, then anything is possible. And don’t get me started on Cho Aniki…
When it comes to unusual characters for a shmup, it’s always a coin toss. They could either be the most fun you’ve had in a while or end up being a disappointment. Time for me to toss this coin!
Publisher: Forever entertainment
Platform: Nintendo Switch
Release date: Jun 27, 2019
Price: $9.99
Tate: You can, but you might need to tilt your head
Q-YO Blaster is by far the strangest 2D horizontal shmup I’ve reviewed for this ranking list. The gameplay and mechanics aren’t anything particularly odd, but there’s something about the presentation and the lore which is legitimately fascinating. For some reason it feels like a game developed by someone out of this world who learned about our culture through animated movies.

One of the aspects that tipped me over the edge when deciding what to review was the art style. Keeping up with the animation vibe, Q-YO Blaster sports an old school cartoon art style. Enemies will be colorful creatures with quirky details such as baseball caps, big eyes or even Mickey Mouse styled gloves. Their animations are equally as comical whether it is their attack animation of their death animation.
Of course, cartoony can be used to describe maybe half of the style. The other half is probably more akin to a sci-fi coat of paint. Along the many bugs and animals, there’s also a great deal of robots, monsters, heavy weaponry and even blood running rampant (or maybe it’s oil?). It does makes sense considering the bugs came from space, and it definitely adds a touch of mystery when navigating through the stages of Q-YO Blaster.

My original expectation of the game was to have a few pilots including the Q-YO, floating dog head from the screenshots and doggy airplane. Little did I know that Q-YO Blaster has more pilots than I have fingers in both of my hands.
Pilots are arranged into 3 different teams. Each pilot has different stats which include damage, speed and fire. The teams can have +damage, +endurance or a mixture of both. Fortunately, despite the outrageous pilot designs and sprites, their hitboxes are all the same. After picking your pilot, you can pick one of 7 different special weapons to round out your style. From whichever angle you want to watch it, Q-YO Blaster offers a crazy amount of customization options.
The defining feature of each team is their assistant. Assistant are powerful screen-wide effects that trigger once you fill the assistant gauge. The gauge can be filled by continuously shooting and defeating enemies. Once filled, you can hold the fire button to unleash its effect. The effects are a screen explosion that clears bullets, a temporary shield or a 360 barrage of missiles.

With all of the previous elements combined, you can play as one of 112 possible combinations of team, pilot and special weapons.
In terms of weapons at your disposal, you have 3: your basic shot, your special weapon and your assistant. Your basic shot is an infinite gun that shoots bullets straight ahead with some degree of spread. The first shot is always straight, so you can opt for manual rapid fire to keep a straight line of fire. Alternatively, you can hold the button and just auto-fire.
Occasionally, you’ll find power-up weapons flying around the stage. This power-ups will grant you a limited weapon when collected. These extra weapons are considerably faster than your basic shot at the cost of having limited ammo. They also have a unique effect on their very first shot, once more giving you a choice between manually shooting or going with the auto-fire.

One defensive tool you have at your disposal is the pulse. Pulse clears every bullet on screen and turns them into gems. When collected, this gems will increase the level of your special weapon gauge. This special weapon will be whatever you picked on the character select, and has 3 different levels of strength depending on how many gems you have collected. It also comes with some slight invulnerability so you can use it to get out of sticky situations.
The caveat of pulse is that you can only carry 3 stocks, and it is only refilled by collecting extra pulse power-ups. I have mixed feelings about this limitation, as I feel it plays an integral part of your offensive game plan. Its hard limit prevents any smart usage other than just a get-out-of-jail card. I would have loved if it had a gauge like the assistant, as that would have created a balance between building pulse and shooting your special.

Every stage carries a sort of familiar scenery. I like to think of it as Toy Story levels. Considering the characters are Q-YOs and bugs, it makes sense for the scenery to be a relatively small scale such as houses or gardens. I find them to be very charming, or it might be just my nostalgia kicking in because I grew up with Toy Story. Nonetheless, I really dig the stages.
At the end of each stage, there’s a very comical boss waiting for you. These bosses represent whichever vibe you got from the level. For example, the boss of the garden level is none other than Queen Bee herself. Bosses turn the action up to 11 featuring huge bullet patterns and significantly more aggressive tactics. My one complaint about the bosses is that they feel a lot like a flow chart. They have a couple of attacks and will cycle through them in the same order all the time. Assuming you can dodge them, it’s only a matter of repeating the same moves over and over until the boss goes down. This is even worse on the harder difficulties when the bosses have much more HP.
The most interesting aspects of the stages are the end rewards. Similar to many rogue-lite games, clearing a stage will let you choose a perk for the rest of your adventure. The perks are always the same, but include upgrades such as increased speed, faster shots or even 1ups.

Despite being a shmup, I really recommend paying attention to the story! It really is something else! I don’t think it actually makes much sense, but there’s something about the way it’s told that crashes my brain. It does have some powerful moments as well! Including that one stage with the sad music and the rain. I don’t want to spoil it, but it really hit me hard.
I didn’t delve too much into game modes, but there’s basically classic and arcade. Classic is your base mode with the entire story and 3 selectable difficulties. If you don’t want to go through the story every time (even though it is skippable), then arcade mode is for you. Arcade mode features 0 cutscenes, so it’s all fun and games. Arcade mode is also much harder, but has 99 continues.

I have to make one of my classic parenthesis to talk about difficulty. Being honest, I think the expert difficulty and to some extent arcade are pretty terrible. The reason is because of the way the game is balanced as a result of them. Harder difficulties feature faster bullets and more complex patterns, but also feature increased vitality for the enemies. The increased lethality of the enemies makes for a hearty challenge, but all good is wiped out by the tedium of enemy endurance.
What I found out was that enemies are very durable in the harder difficulties. Rather than creating a fun challenge, it makes it incredibly hard to destroy enemies. Most enemies feel like sponges that just refuse to die unless you have a special weapon. Some enemies feel outright impossible to kill before they leave the screen, an issue which hurts a lot when it comes to homing projectiles that need to be destroyed. Fun and dynamic dog fights become grindy situations where you focus on a single ship and fail to destroy it while having others flood the screen. I really think harder difficulties would have been better without the added HP on enemies but retaining the faster bullets and harder patterns.

While on the topic of hard difficulties, the homing bullets are another culprit behind the reason the difficulty isn’t fun. I’ve never been a fan of homing attacks as they feel cheap, but it feels like it wasn’t play tested because some slower ships can’t actually avoid a homing shot without the speed upgrade. To be fair, no one shoots homing bullets on stage 1, so taking speed is utmost priority.
One thing I do like about speed is that most boss patterns allow you to dodge at high speed. You can’t slow your speed, so it’s nice that there isn’t finesse required to survive some waves.


A LITTLE BIT MORE TIME IN THE OVEN

If I was on a game show about quick words and someone mentioned “Q-YO Blaster”, my response would be “rough”. While some aspects of the game are really cool, there are other where it feels a little bit incomplete. Some enemies don’t match the visual quality of others such as Major Tomm. The UI and menus also seem to come from a prototype version.
There’s also a sort of bug where if you die and use a credit, the game immediately pauses. Not a big deal, but it feels out of place. The customization screen is also all sorts of blurry. You can’t remap controls either, which is a shame considering the shoulder buttons would really come in handy.
Most of these issues aren’t a big deal by themselves, but they taint the final product by making it feel a little like shovelware. The game is really fun though, so it is sad to think about having it fall under that umbrella.

So the mandatory question is, is it fun? It definitely is! With its bizarre and unsettling vibe, Q-YO Blaster is still tons of fun to play. While there is certainly a lot of room for improvement, Q-YO Blaster is still a solid choice for a shmup if you are fan of the cartoon style, of the horizontal shmup format or just a fan of little critters in general.
THE RANKING SO FAR:

[Table] Asteroid Day AMA – We’re engineers and scientists working on a mission that could, one day, help save humankind from asteroid extinction. Ask us anything!

This took me longer than I intended, but I wanted to do my own write-up of all the games I beat in 2019, and I had a lot of fun remembering all of them - in fact, I was actually kind of surprised at how many of the games were really great experiences (though there were a few underwhelming ones, too). Since there are a lot, I categorized them by genre to try to make it a little easier to read. Some titles are hopefully familiar so you can also reminisce, but hopefully some new to you, too, that you'll be encouraged to play. So here goes nothing...

So that's it for 2019! I think my main takeaway is that I need to play more RPGs for 2020, and I am kind of missing a good JRPG in particular, though sometimes those are hard to commit to because of the time involved. But I suppose it's not about the number of games we beat; it's about the amount of fun we have playing them, right? :)

Joe Walsh Will Not Save Us (G-File)